The ”Duo Azed” was created in 2013. Since its beginning, we have noticed its works in Quebec, Canada, Venice in Italy and Hangzhou in China. In this duo, each artist has acquired a strong formation and an artistic expertise impregnated with their individual and mutual experiences.

THE SCULPTURES: Our sculptures confound and unmask the limits of those that could be associated to the illusion of an identity easily recognizable. We avare more on the selfhood that defines and singles out the human nature. Thereby, our sculptures invest the movement and speculate on what moves towards the future, modify and transform itself. They venture on the frontier more or less porous of the gap between the individuality rather fixed and the perpetual instability of the human body. 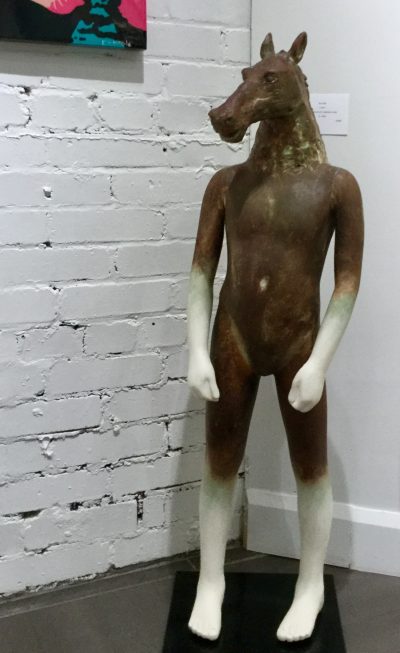