Jérôme Grenier (born in 1966 in Bois-Francs, QC) is a self-taught artist.

Very early Jérôme heard the call of creation. For almost 20 years he traveled the roads as a singer and professional musician.

He later discovered a new passion in woodworking, and in contact with this material, the artist settled down to a new way of life and creation.

His early works are inspired by the world of wine. Jérôme created voluminous cellars which impress by their stature and the organic forms of vine stalks and grapevines. This style opens the gates of Europe to him.

With his works he obtains the gratitude of his peers and is invited to present his art beside famous painters such as Fecteau, Hebert, and Tex Lecor.

Throughout his career Jérôme Grenier has been able to work with renowned painters with whom he creates pieces of art in which the frame becomes sculpture and is one with the painting. The trajectory of his experiences will also bring him to approach Innus and their culture.

That same year, he was selected with a group of artists and invited to create some works of art with the copper of the former roof of the Château Frontenac in Québec City, followed by an exhibition in the Castle and a provincial tour.

Today besides the medium of wood, Jérôme Grenier also works with steel, copper and bronze.  The artist is inspired by natural living environments, and his workshop is a field of ideas as far as the eye can see. Roots, dirt, and nature all connect his works. He creates unique pieces such as tables, desks, beds, cupboards, lamps, etc. which are real works of functional art.

Their utilitarian functions and timeless characters reflect his personality, giving his works the strength to cross the centuries without ever being forgotten in a rich and outstanding inheritance.

Since his beginnings, the “human adventure” is the element which motivates the artist to evolve, giving him the opportunity to have the most wonderful encounters.

His works are a part of several private collections; in particular at The National Assembly; and some of them are standing next to the works of Suzor-Côté, Marc-Aurèle Fortin and many other major artists. He has numerous prizes and an extensive press kit.

Jérôme and his art know no limits, and this is owing to the human adventure… 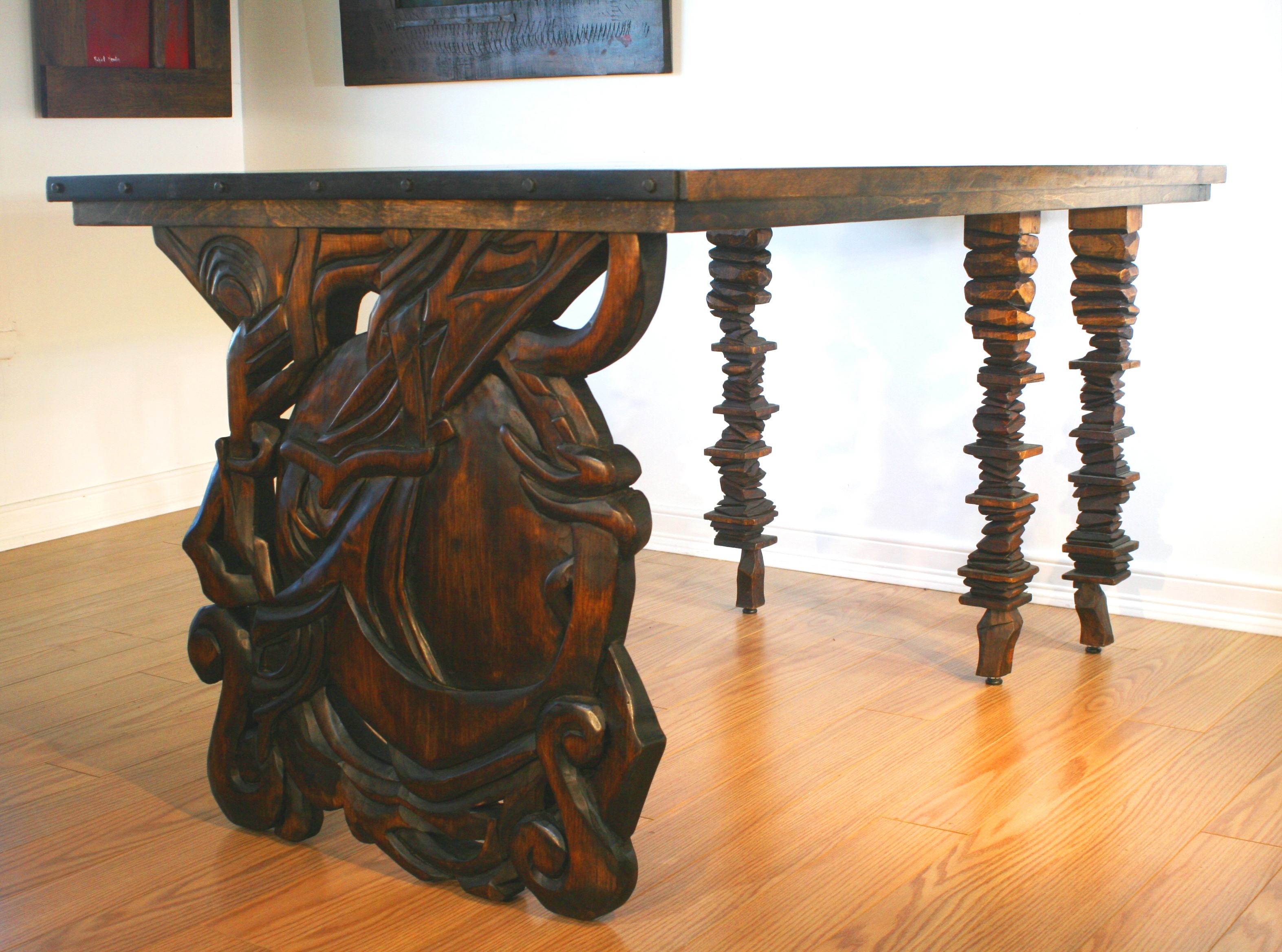 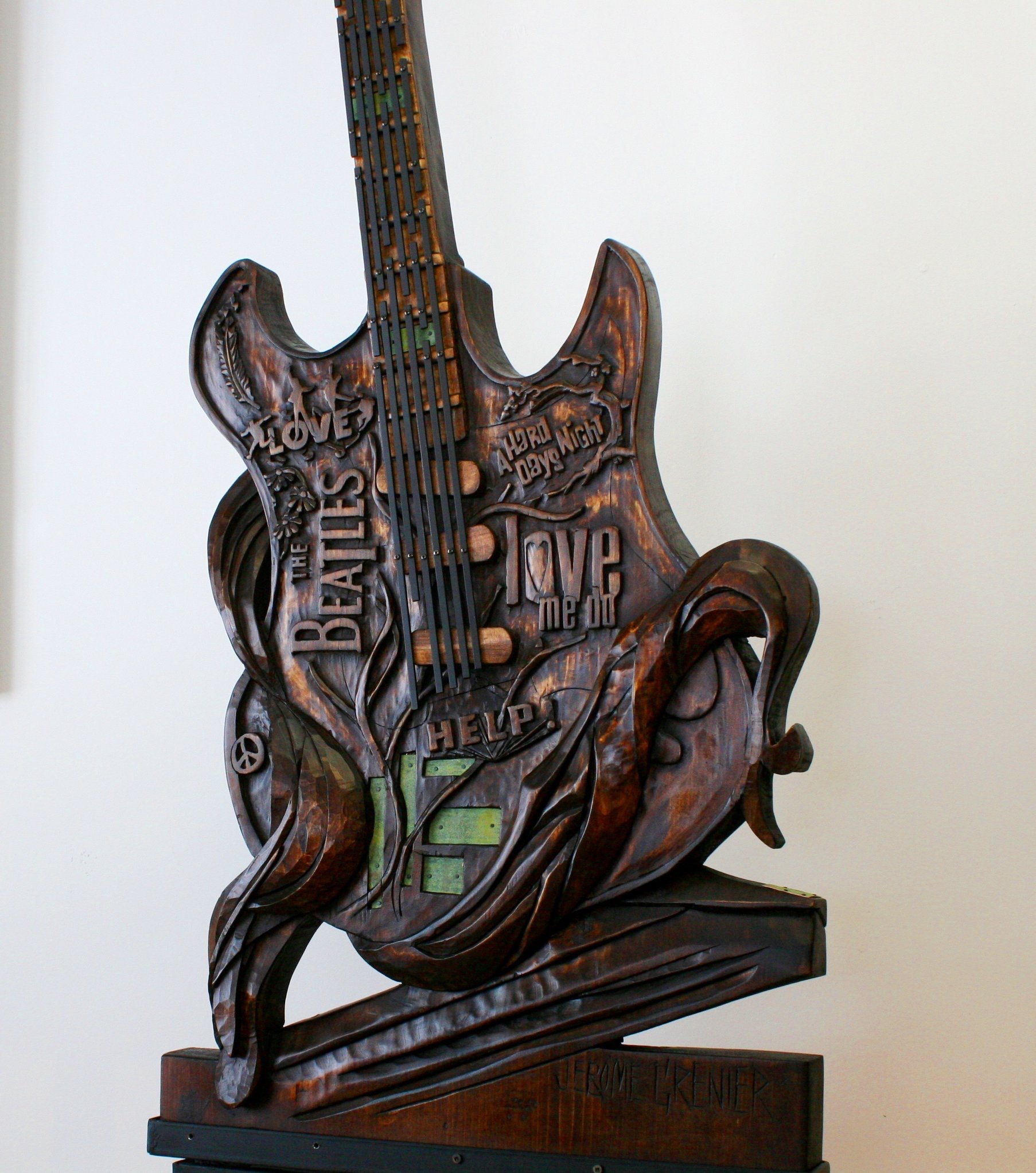 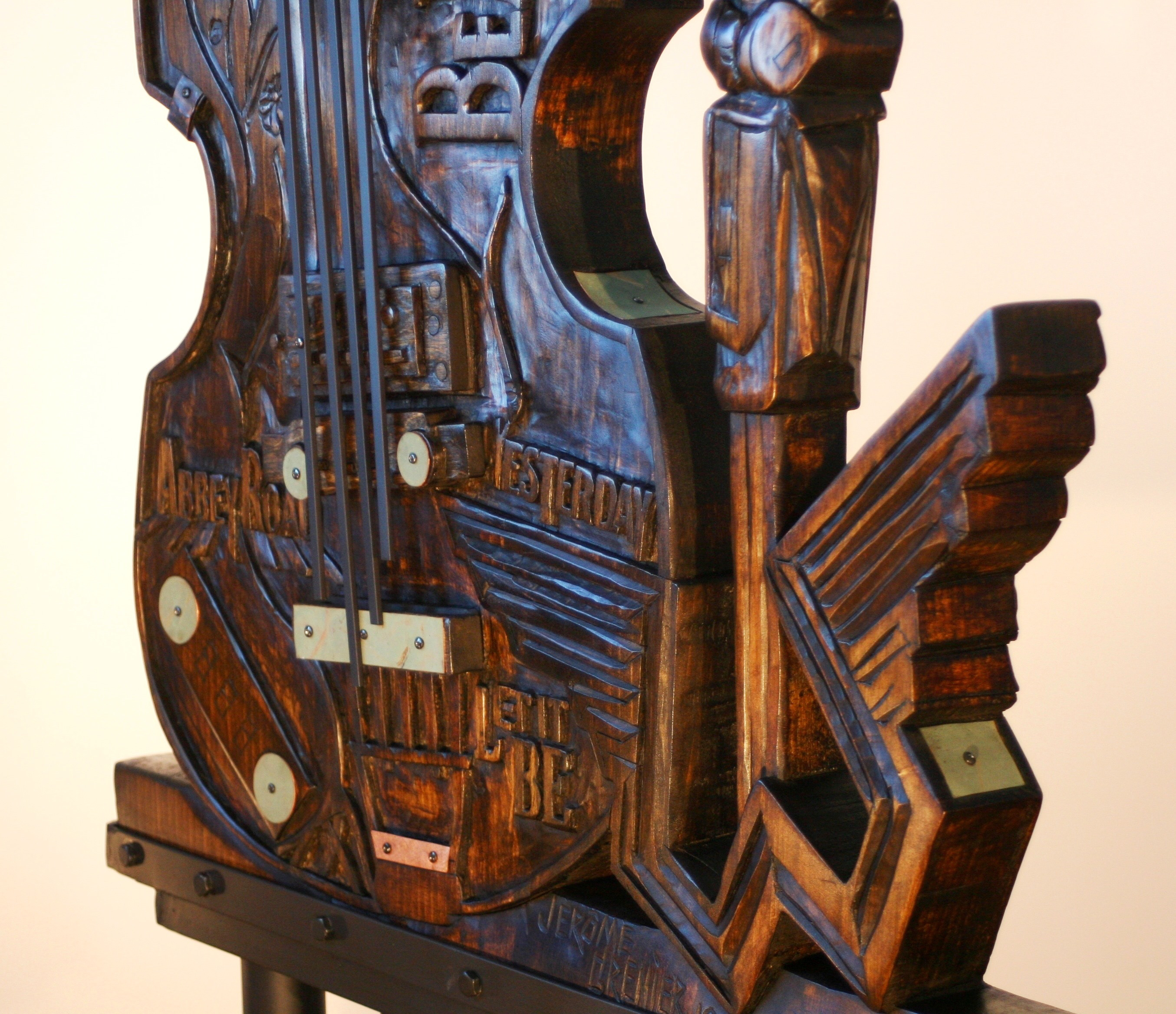 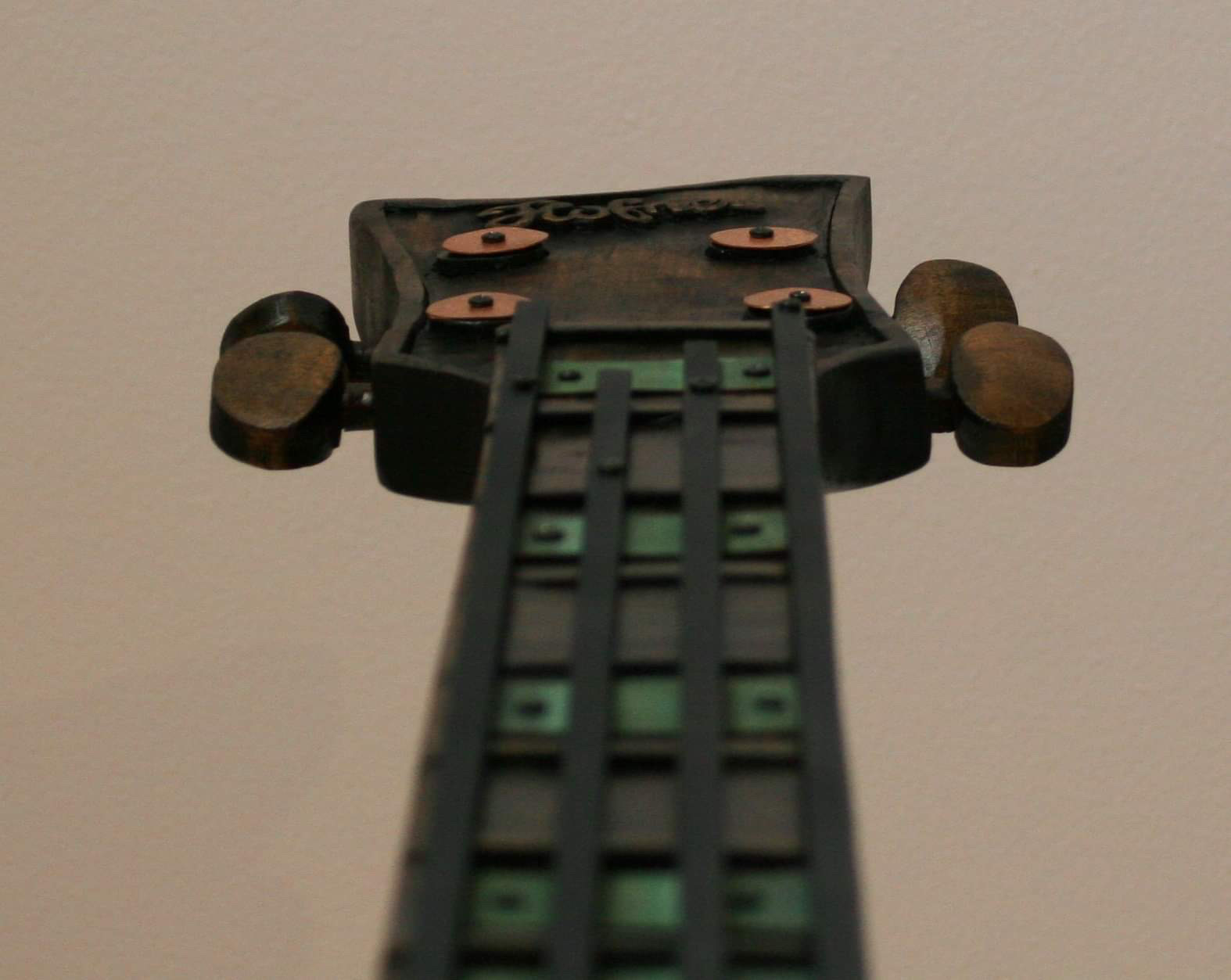 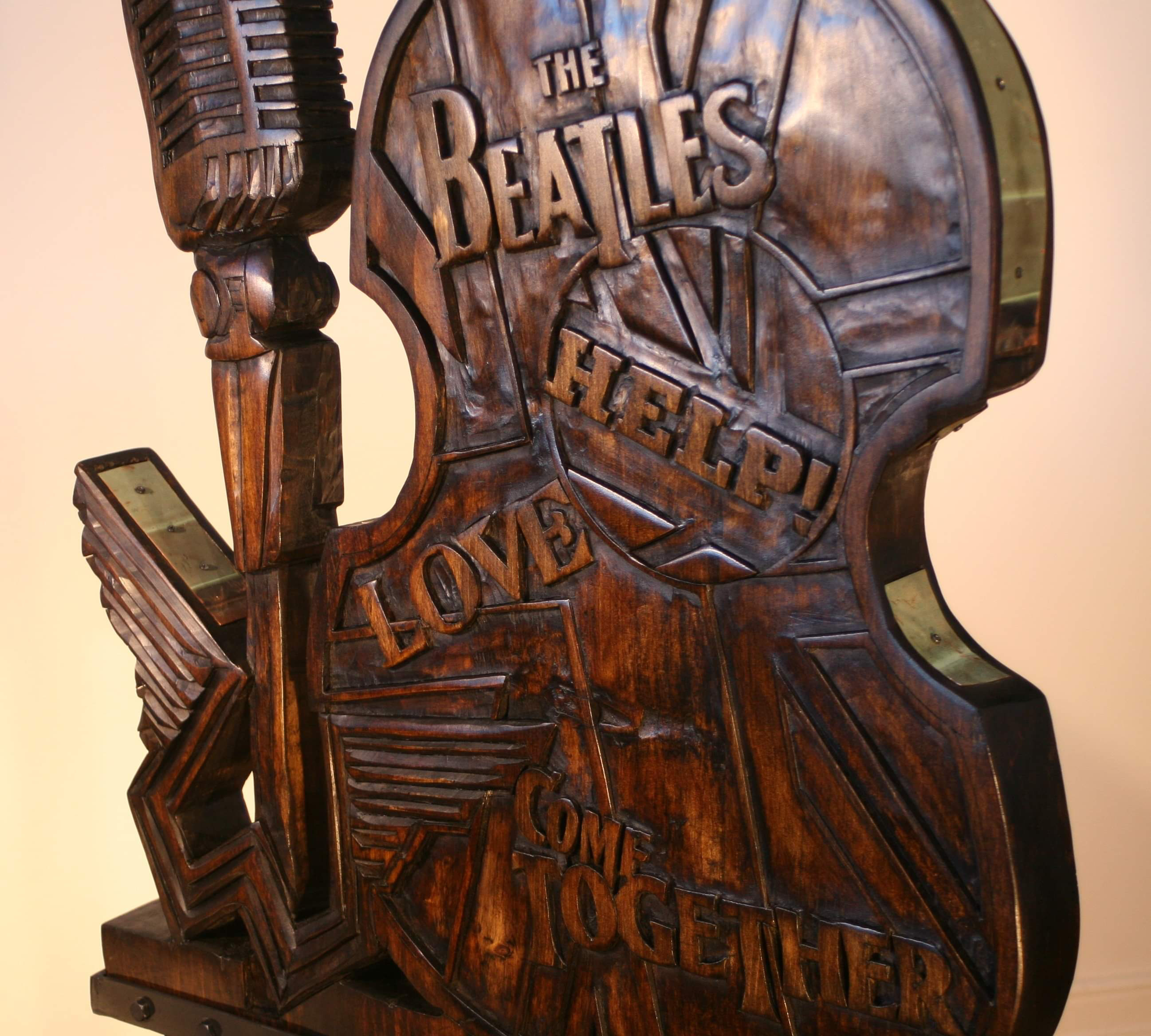