Claire-Alexie Turcot has graduated from ”La Maison de Métiers d’art de Québec” in 2006. She has participated to several exhibits in Quebec and Toronto.
In 2008, her passion for wood carving lead her to work using a chain saw. The use of this tool brings her to participate to several international events like the ”Festival Camille Claudel” in France and the ”Wood Sculpture Symposium” in Montagn’Art in Switzerland.
In 2009, she worked with sculptor Marie-Claude Drolet and co-realised a monumental sculpture in a bicentennial oak tree of over 5 tons for the city hall of Cognac in France.
In 2013, she participated to one of the greatest Symposiums in wood sculpture: the ”Ex Tempore de Belluno”in Italy. She won first prize from the jury.
In 2014, she again won first prize at ”Wood’N Art” de Livigno in Italy.
For her third and last competition in Italy, she gets third prize fron the jury at the ”Lignum Festival 2017” in Edolo.
She regularly shares her over seas experiences at ”La Maison des Métiers d’Art de Québec” by giving speaches and on some other occasions, by animated-conferences. Her work of monumental sculpture is presented at the ”Institut Canadien de Québec” as well as in many different schools of the region in relation to the teaching of ”Le Répertoire des Artistes” in classrooms. 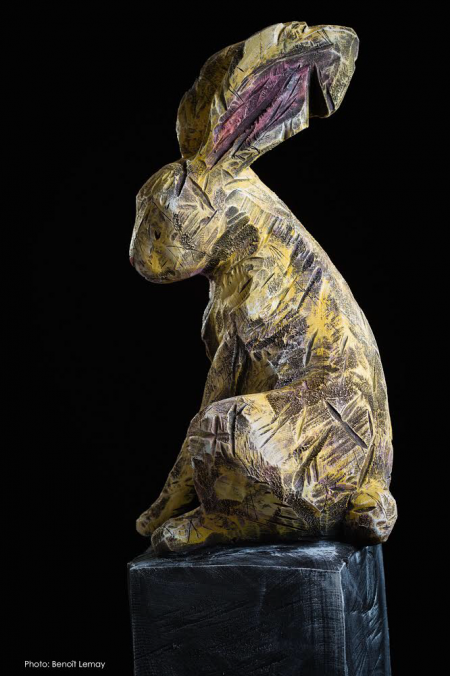 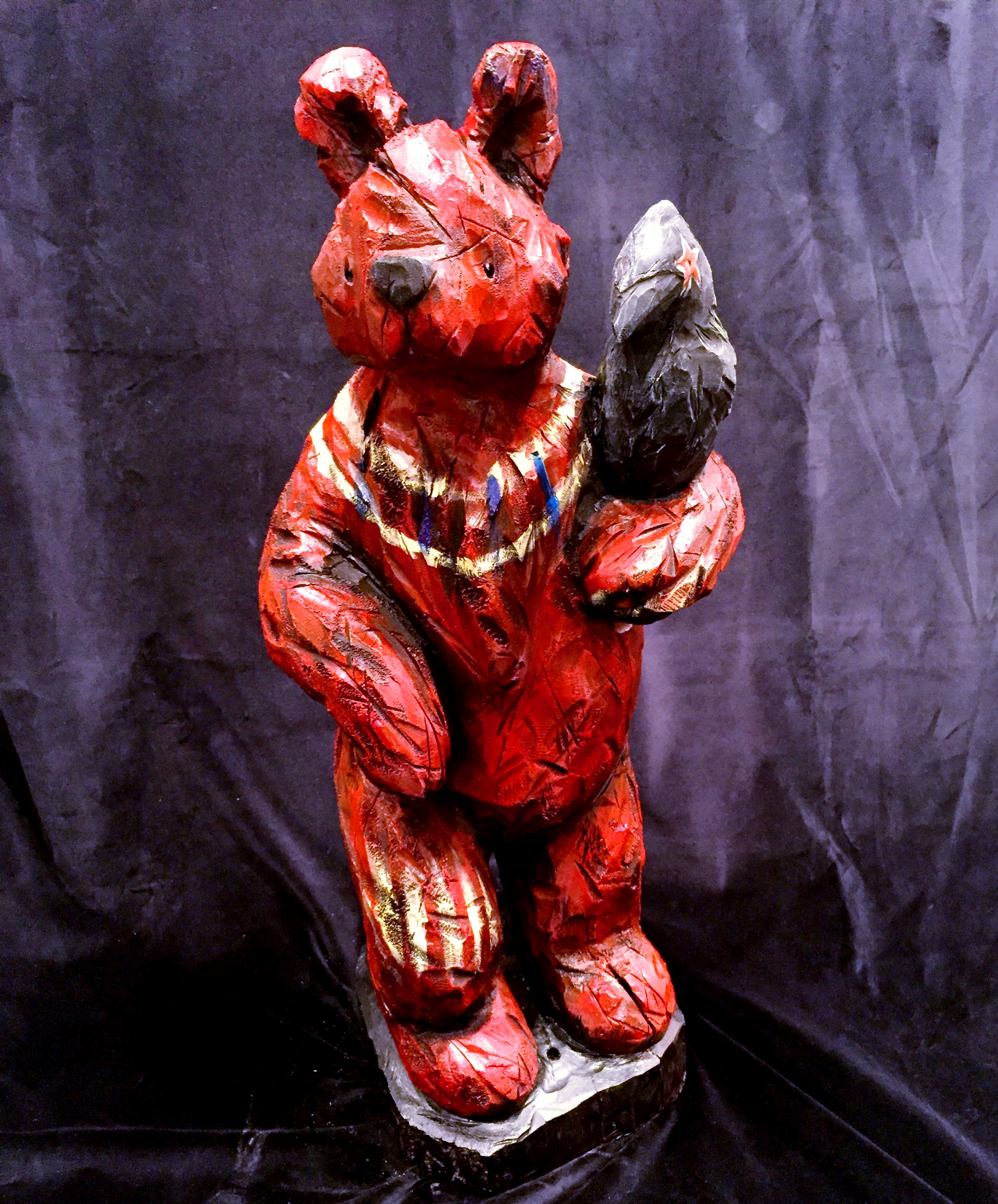 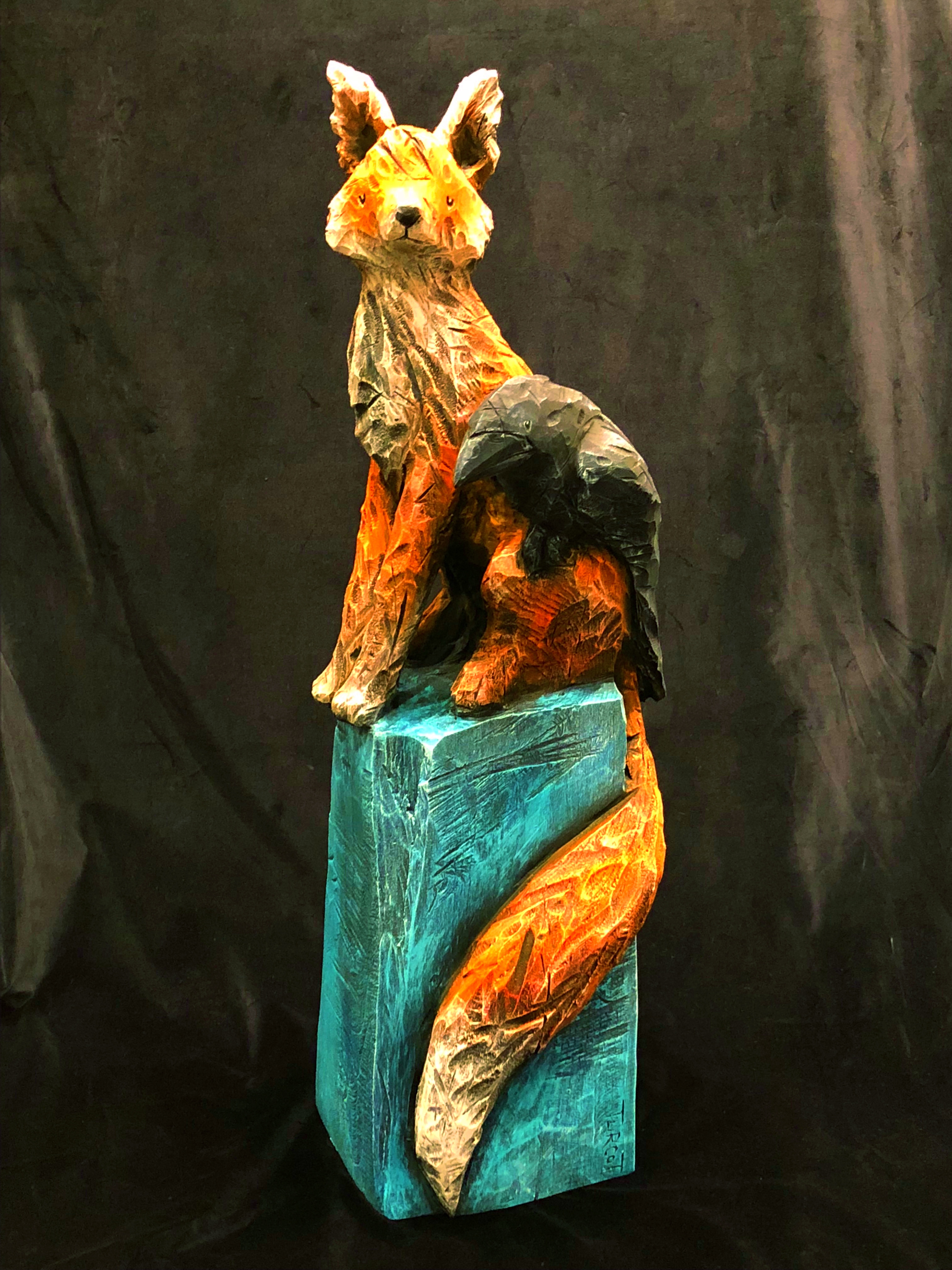